Student U’s Board of Directors oversees our financials, provides expertise and strategy to ensure Student U is financially sound and focused on our mission. With staggered terms, each year several Board Members roll off and new Board Members join. Student U intentionally attracts new ideas and expertise to the Board each year. 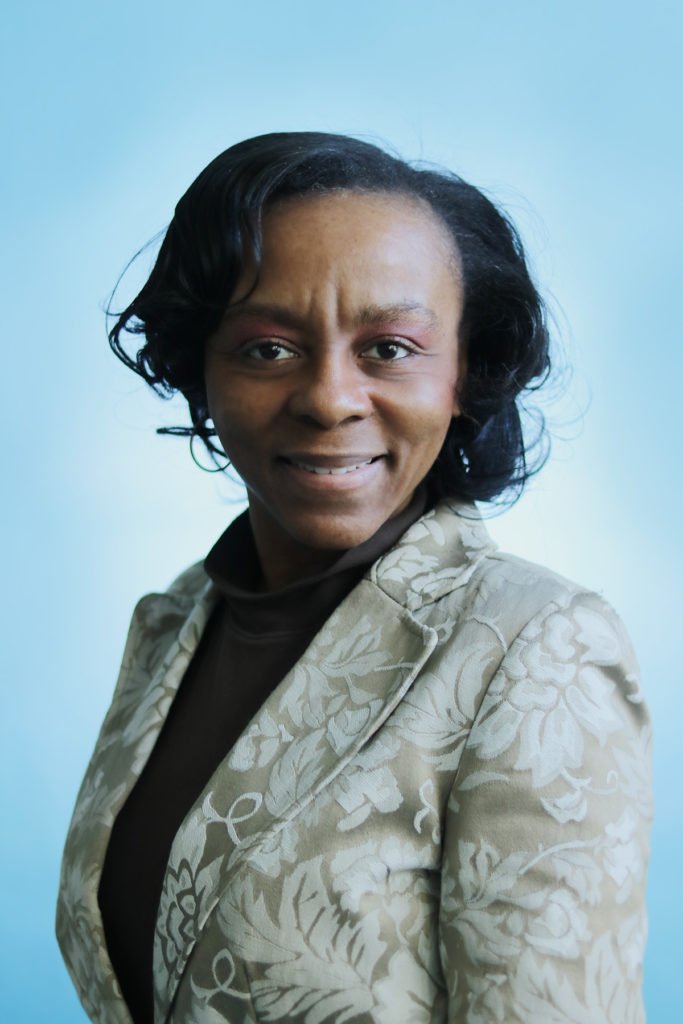 Tiwana Adams - Secretary of the Student U Board; Real Estate Agent, Founder and Director of 3D Women
Tiwana L. Adams is a Realtor with Fonville Morisey Realty, A Long Foster Company. She received her Bachelor of Arts in Business Management from North Carolina State University. Her life has been dedicated to extending great service to others to ensure they are receiving all the information needed to receive the best options available to them. In addition, she is a Writer, a Minister and Founder of 3D Women. Empowering, encouraging and building confidence in others are the emphasis of each of these roles she serves in. She resides in Durham with her husband and two sons where they have been active in the community. Tiwana is on the board for Riverside High School Booster club and volunteers at the school when opportunities arise. Each day, she diligently sends out a prayer to positively start the day for people on her distribution list and has compiled her first daily prayer book to be released soon. After interacting with others on a day to day basis, she hopes to have a positive impact upon their lives.

“I chose to be a board member for Student U because I believe in the work they do in the lives of all of the families with children in the program.  Also for the great community service they offer and what the students learn from participating.  The source of knowledge given to the families to assist students with what is needed to advance to higher education is priceless.  Student U is a trailblazer for other organizations to gain insight, develop and grow.  I love the energy and enthusiasm that Student U gives.”

Kristin Miller Clauson is proud to be a Durham native and Durham Public Schools graduate, back again as she raises her own family. In her professional life, she is the Director of Corporate Partnership Development for Share Our Strength and the No Kid Hungry campaign, a national nonprofit ending childhood hunger in America. In this role, she's responsible for building innovative partnerships with corporations to raise funds and awareness to move the No Kid Hungry mission forward. At home in Durham, she enjoys being active outdoors, cooking and eating, and is devoted to her family and friends.

"From its founding, Student U has been an unwavering source of hope and inspiration in my life. Student U, its leaders, and its students prove that it is possible to be both ambitious and expansive in our dreams for the future, while also homing a clear-eyed focus on a single individual, a single accomplishment, a single change today… all with the power to ensure our community flourishes tomorrow." 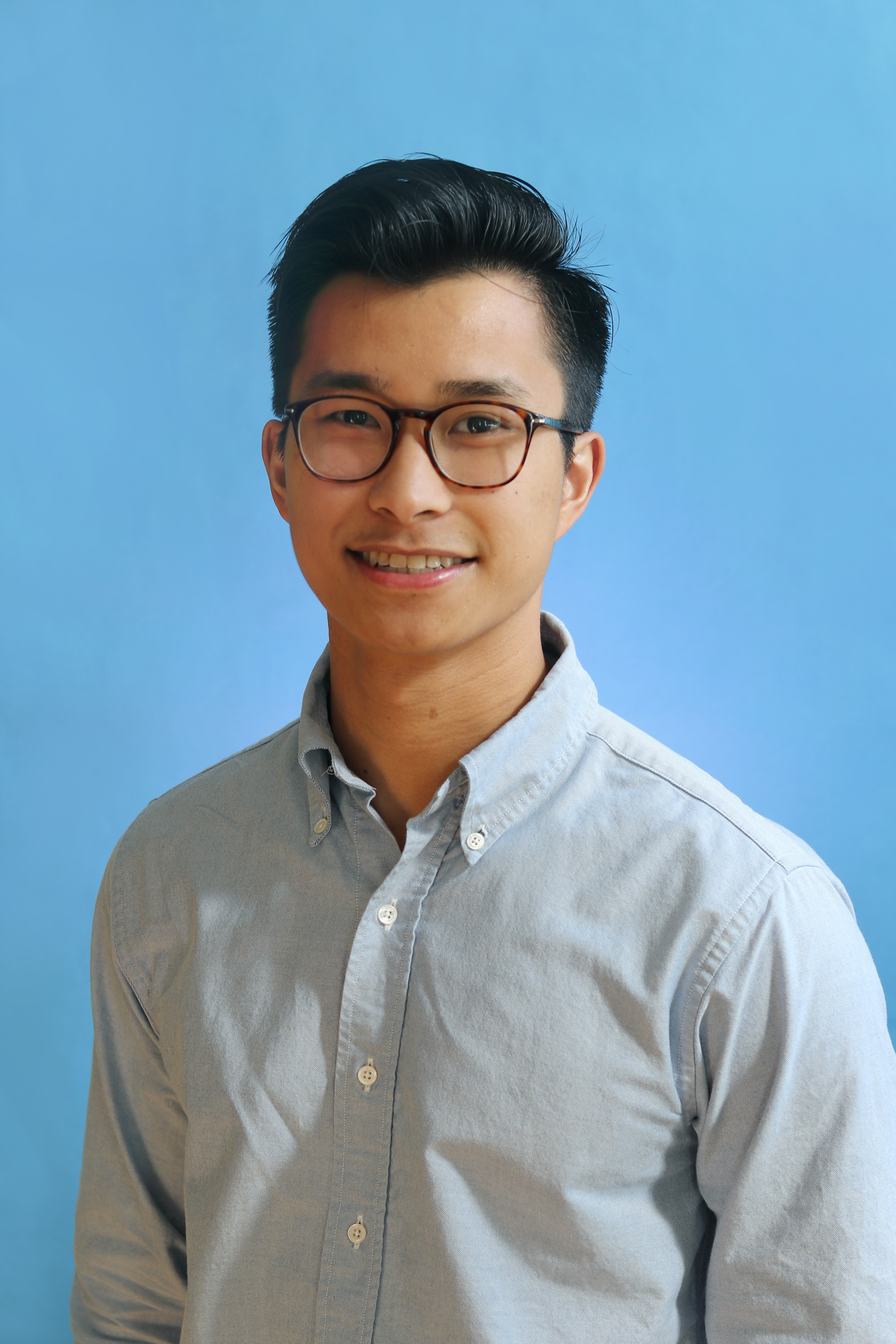 Francis currently works as a Registered Nurse at Duke’s Pediatric Cardiac Intensive Care Unit. As a nurse, he takes care of babies who are born with congenital heart defects. He also precepts nursing students in order to prepare them to be real nurses. He has played numerous roles in Student U. He was part of the first class of Student U and graduated the program through college. He served as a College Promise Advisor for rising 9th and 10th graders. He tutored in Year Round Program for 7th graders.

"I invest in Student U because every one in Student U truly believes that our students are brilliant and have the capacity to be leaders and change agents. My two core values are in my positivity and enthusiasm. Wherever I go, whoever I am with, whatever I am doing, I bring lots of positivity and enthusiasm. Student U is the essence of what all schools should aim for in order to make sure all students are supported."

Pablo Friedmann - Director of the Durham Public Schools Multilingual Resource Center
He joined DPS in August 2012 as a Bilingual Dropout Prevention Specialist while also working with Student U through 2014. He is a member of the NCCU Latino Advisory Committee and the Durham Tech Center for the Global Learner Advisory Committee. He is a former Student U Summer Teacher. 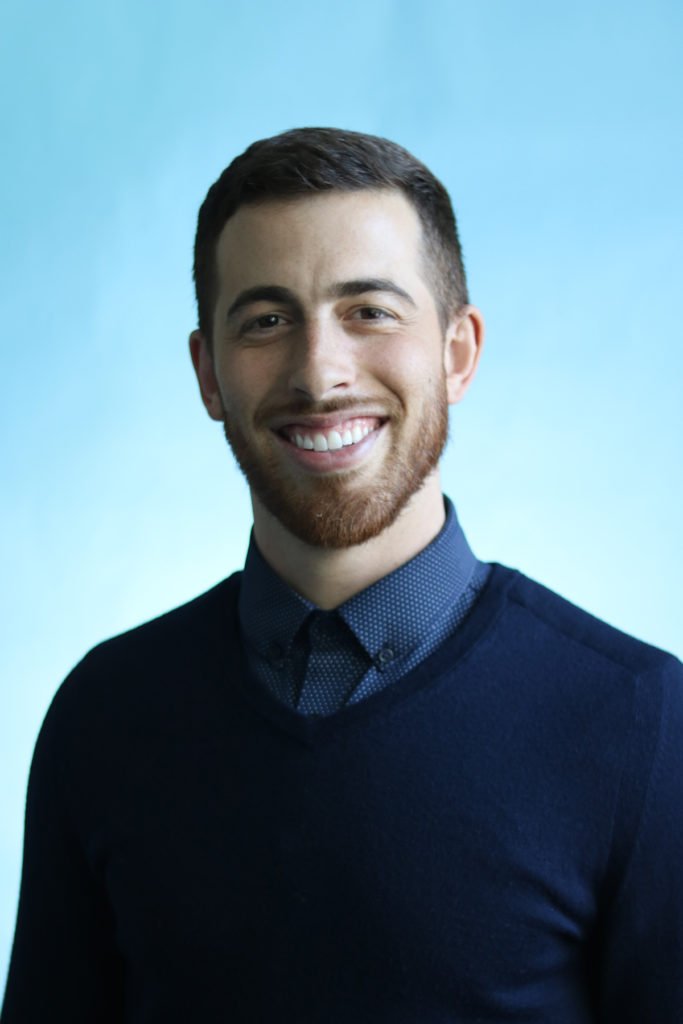 Matthew Hickson - Principal Resident, Hillside High School
Matt is the 2016 Durham Public Schools Beginning Teacher of the Year and the founder/director of Bull City Schools United. He started his path to working toward education equity as a teenager volunteering to register voters on the west side of Charlotte, North Carolina. After years of witnessing the deep social and economic inequities of our state and nation as an activist, he went to work as a teacher and advocate with Student U Durham. He has served in seven different part-time positions with Student U while serving as an Assistant Principal at Neal Middle School in East Durham. He is now part of the Durham Principal's Leadership Academy and is in principal residency at Hillside High School.

“As a teacher and administrator in Durham Public Schools, I believe that the future of our city is our students. If we are to have a prosperous and loving Durham community, Durham's current students must be its future leaders. In a world full of complexities, flawed policies, and challenging differences, our students are the true north for the path ahead. Student U believes this and it is why I believe in Student U. Over the last four years, I have worked in seven different part time capacities at Student U. I keep coming back to this place because it guides the way for us to discover our best selves and discover our best Durham.” 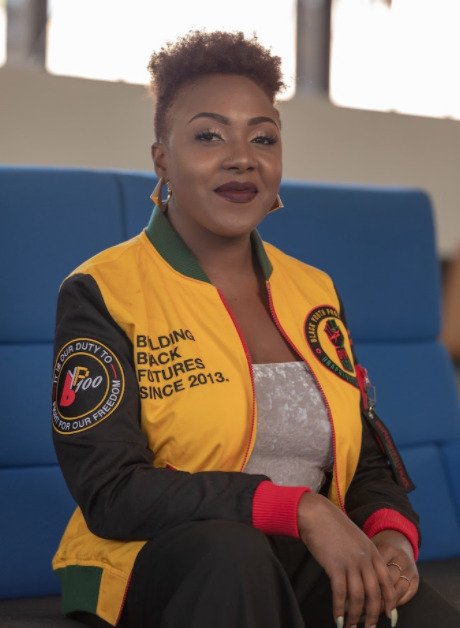 Born and raised in Southwest Philly, she moved to Durham from Miami. While attending FIU, she became active at the height of the murder of Trayvon Martin and Zimmerman verdict with an organization called Dream Defenders, founding the FIU chapter. She is the Co-Founder of the Durham Chapter of Black Youth Project 100 (BYP100). Dee Dee has had her hand in efforts and actions such as bringing Participatory Budgeting to Durham and #DurhamBeyondPolicing. She is an aspiring movement DJ, named DJ MerQueen Gangsta for the Revolution. 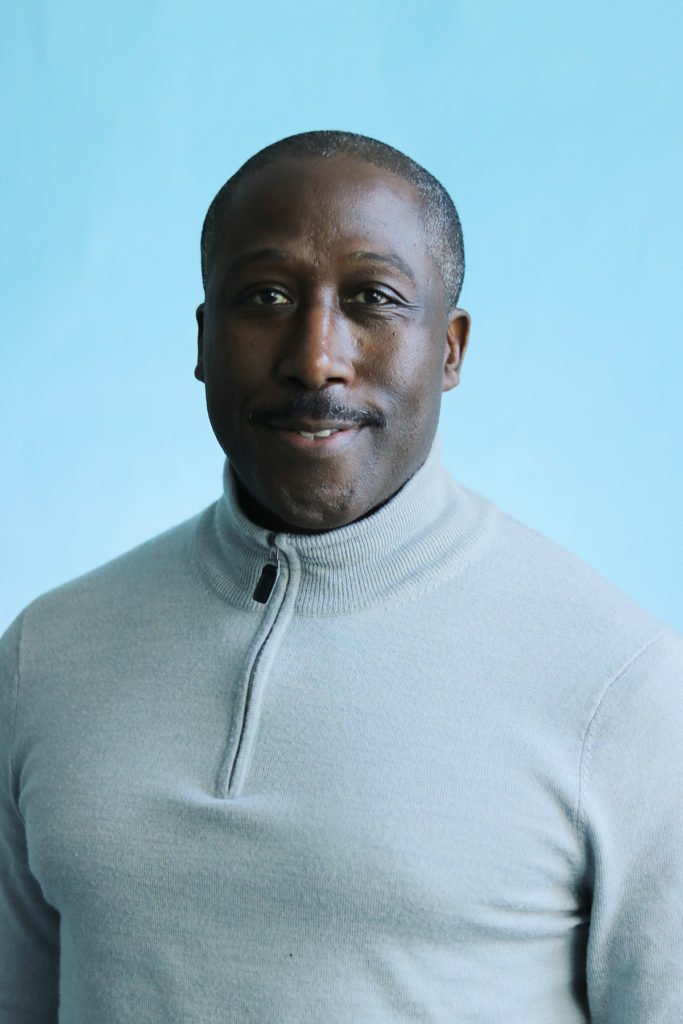 Bishop Clarence Laney, Jr.- Pastor of Monument of Faith Church
Bishop Clarence Laney, Jr. is the pastor of the neighboring Monument of Faith Church since 1996. Under Bishop Laney’s leadership, education, both spiritually and academically has become the cornerstone of this ministry. Bishop Laney has preached and taught throughout the United States, Canada and Sierra Leone, West Africa. In addition to his pastoral responsibilities, Bishop Laney serves as Bishop of NC COGOP Region #3 providing oversight for nine districts and 40 denominational churches. Bishop Laney is also a member of the NC COGOP State Ministerial Review Board and State Convention Committee. He is a proud member of Kappa Alpha Psi Fraternity, Inc., Durham Congregations, Associations and Neighborhoods Clergy Caucus and the Duke University Medical Ethics Committee. 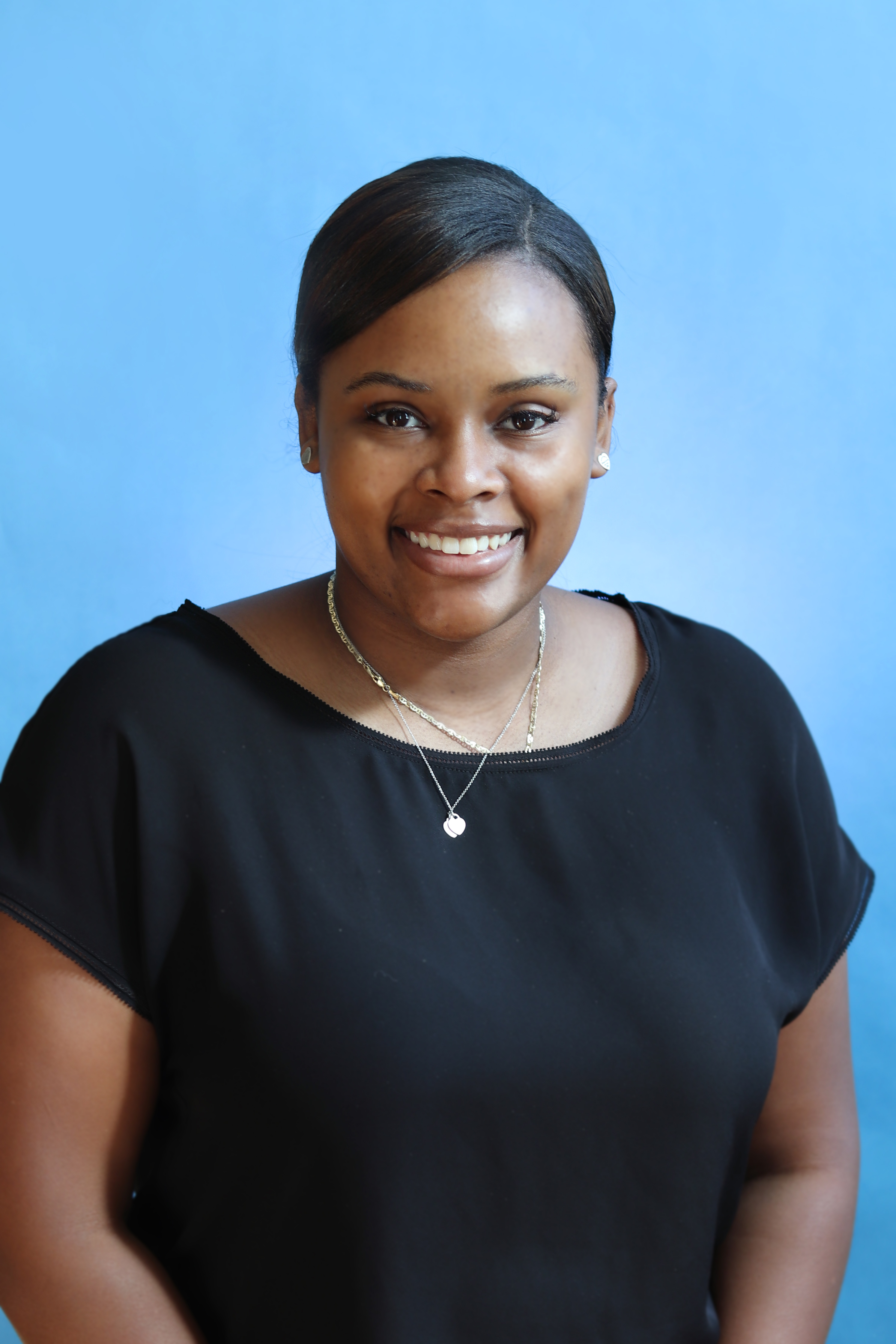 Alyzia is a former Student U Student from the first graduating class of 2014. She has a bachelor’s degree in Criminal Justice and Political Science from East Carolina University. After graduating from ECU, she returned to Durham where she served as the A.J Fletcher Community Engagement Fellow with Duke’s Office of Durham Affairs from March 2017-2018. Alyzia is currently serving as the Equity and Youth Empowerment Manager, Americorps VISTA with the Durham Public Schools Foundation. In this role, she is supporting the creation of the organization’s Youth Advisory Council, developing training materials and helping launch the equity mapping process for Durham Public Schools. In her spare time, she travels the world to experience life from a different perspective.

She has now settled in North Durham and aspires to go back to school to receive a Masters of Social Work. She plans to further advocate for disadvantaged students of color in Durham as a Social Worker. 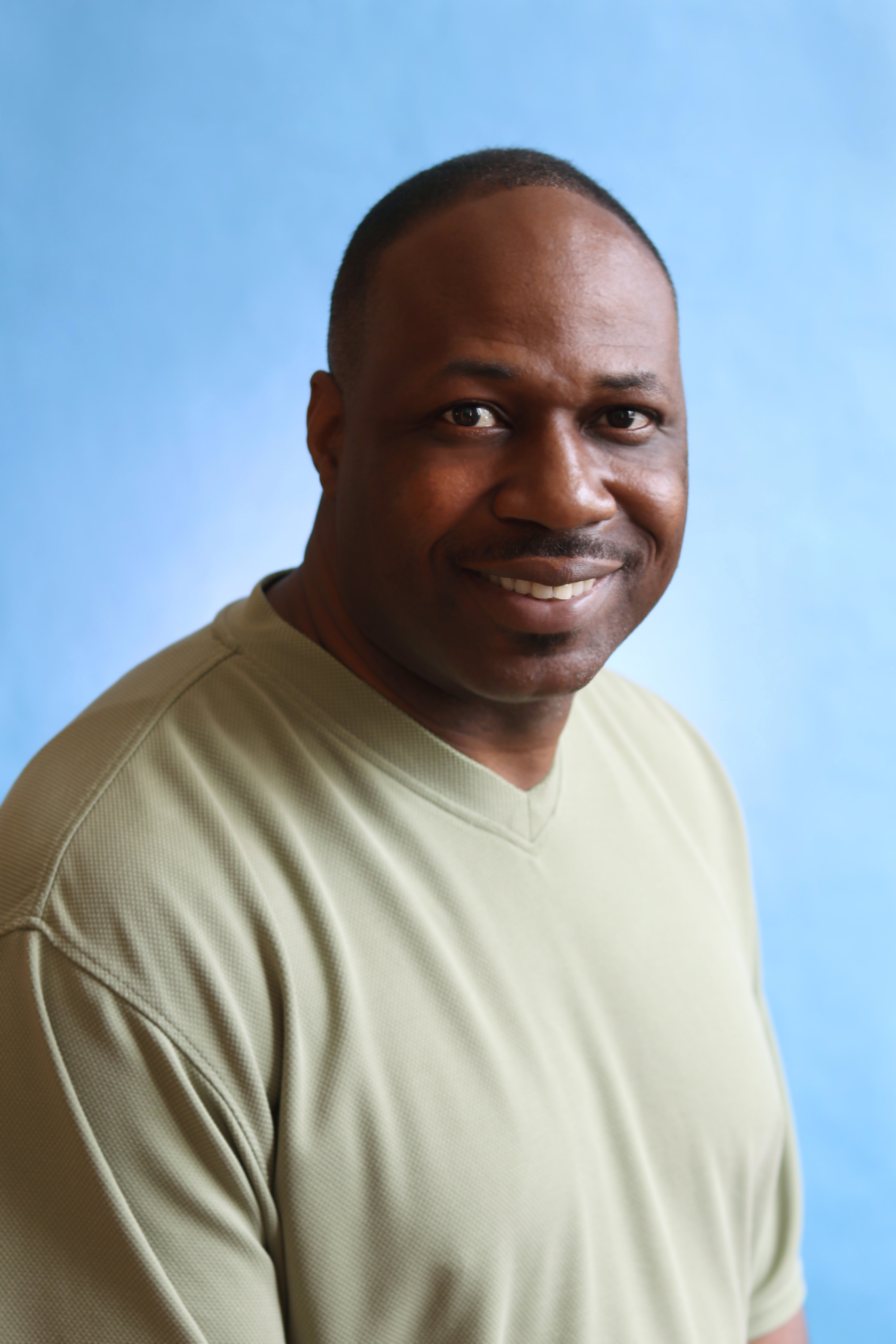 Henry McKoy - Director of Entrepreneurship at NCCU School of Business

"I believe that talent comes from everywhere and from all populations.  It is important to express this sentiment far and wide to ensure that we are creating the right environment for success of Durham’s youth.  I believe in Student U because it believes in Durham’s youth." 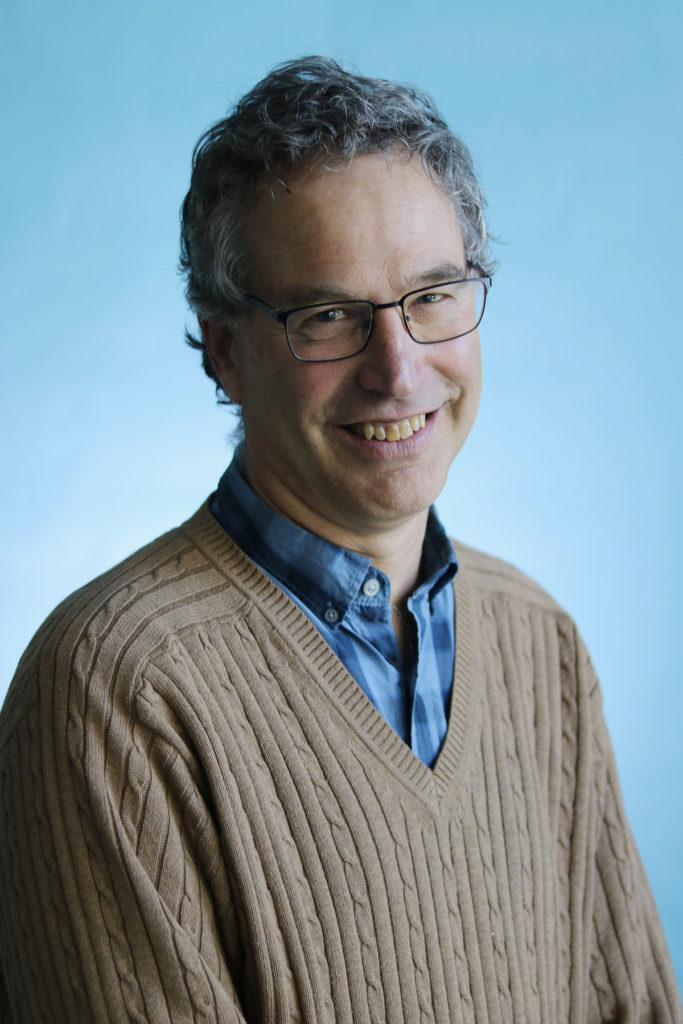 Dave Michelman - Head of School,  Duke School
Dave is a lifelong educator who made detour into practicing law for a number of years.  He is currently the Head of Duke School where he has served for 11 years.  He attended Hamilton College and George Washington University Law School. 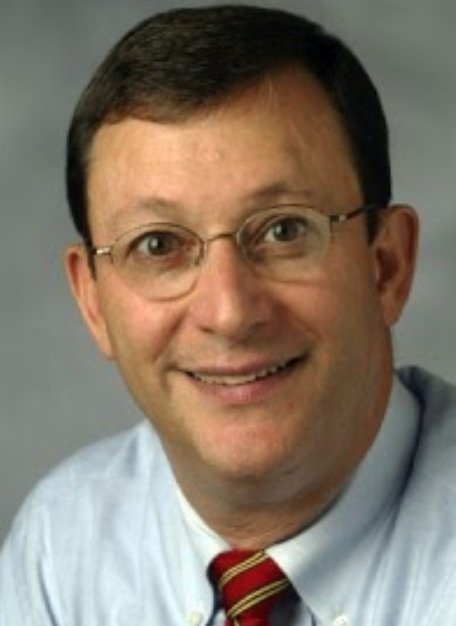 Sam Miglarese - Deputy Chief Administrator of the Duke Office of Durham & Community Affairs
Sam was Assistant Vice President of the Duke-Durham Neighborhood Partnership (DDNP) from 2016-2020. Prior to that, he was the director of DDNP for the 17 years. Sam came to Duke and Durham in August of 1999 from South Carolina, where he had served for 28 years in full-time church administration. He is an adjunct member of the Religious Studies Department and the Program in Education. Sam recently served as co-editor for The Long Shadow of Vatican II, a book that was released in September 2015. 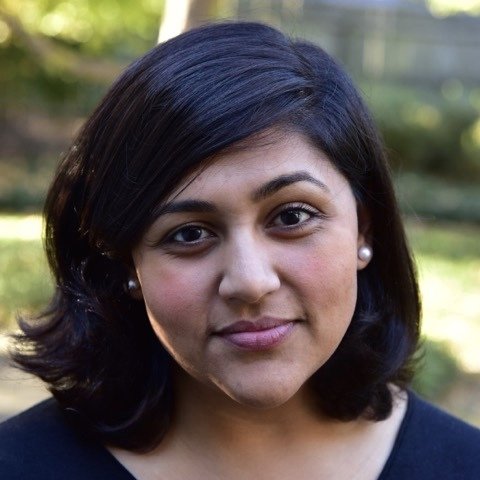 Shruti Shah - Entrepreneur in Residence, Silicon Valley Bank; Co-founder, Move Loot
Shruti is an Entrepreneur in Residence at Silicon Valley Bank where she is currently working with the early stage practice team strategic partnerships. She was previously the co-founder and COO of Y Combinator backed Move Loot, an online full-service marketplace for buying and selling used furniture, where she led national expansion and general business operations. Over the course of three years, she and her co-founding team raised $22 million dollars to scale the business across the United States. Move Loot was featured in numerous publications including Forbes, TechCrunch, Bloomberg Businessweek, CNN, TIME, Fortune and more. Shruti was honored by Forbes as a 2016 30 Under 30 recipient in Retail and E-Commerce and the Aspen Institute as an Aspen Ideas Festival Scholar in reimagining capitalism. Prior to co-founding Move Loot, Shruti worked for the New Schools Venture Seed Fund, a seed fund that invests in early-stage education technology companies, and she was also a public school teacher in Baltimore, through Teach for America, where she taught 2nd, 4th, and 5th grade at Graceland Park O'Donnell Heights Elementary Middle School. Shruti earned her Bachelor of Arts degree in Political Science with a minor in Entrepreneurship from the University of North Carolina at Chapel Hill, and she earned her Master of Science in Education with a focus on Urban Education from Johns Hopkins University.

“I think Student U's approach represents a unique and important approach to putting students on a path toward college, and I'm excited to be part of helping support students in the Durham community.”

Today is Giving Tuesday, the day following Black Friday and Cyber Monday that is dedicated to celebrating giving, in all of its forms. At Student U, we believe that in the face of injustice, celebrating joy is a revolutionary act. We actively affirm the positive racial identity development in each of our 550 students that honors the histories and experiences of the communities with which they identify.

As we celebrate joy in this season with stories of our students and families, we hope you will consider donating to Student U.

Today is Giving Tuesday, the day following Black Friday and Cyber Monday that is dedicated to celebrating giving, in all of its forms. At Student U, we believe that in the face of injustice, celebrating joy is a revolutionary act. We actively affirm the positive racial identity development in each of our 550 students that honors the histories and experiences of the communities with which they identify.

As we celebrate joy in this season with stories of our students and families, we hope you will consider donating to Student U.